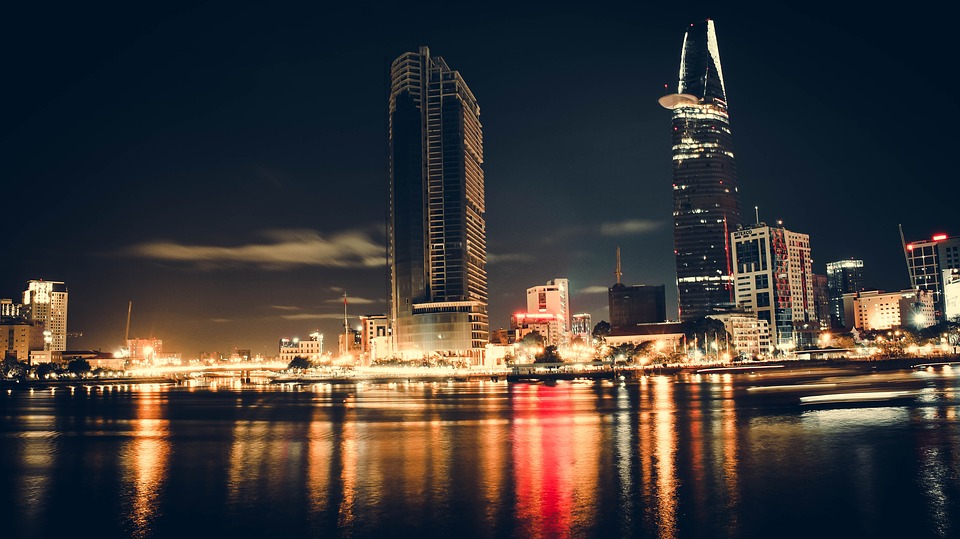 Just some of my random notes about world startup investment and Vietnam so please make sure that you double check when I use my article.

Six years ago, Aileen Lee – founder of Cowboy Venture created the term “Unicorn” to illustrate the start-up companies which have the value of over $1 billions.

At this time there were not many companies which were worth a billion dollars. Thus “Unicorn” was the dream name for many start-up since this term was introduced. However, the industry landscape has changed dramatically. The world of venture capital has been blooming, there has been a huge amount of money invested in the start-up company.

In recent years, the number of “Unicorn” has increased exponentially. Total investment in the unicorn companies is up to 1.1 thousand of dollars.

An analysis about 326 unicorns in the world

According to CB Insights of Unicorn of Unicorn Tracker – the company does research about the unicorn according to their industry, valuation and country.

ByteDance is currently the largest unicorn with the valuation of 75 billion dollars. The China-based company operates many products such as: Vigo, Toutiao, TopBuzz and more, but the most special raising platform which is currently used by many millennia’s: TikTok. ByteDance uses AI to adjust the content to fit with the customer behavior.

Expert estimates that in 2019, there are more than 100 unicorns will conduct IPO – (The Initial Public Offering), including Uber and AirBnb. Recently, Lyft and Pinterest have conducted IPO. Another Unicorn is Zoom Video – an online video call platform is also in the IPO process, with the stock price increasing at 120% since its impressive release in the middle of April.

Internet Software and Service and E-commerce are the most popular industries with many potential start-up. On-demand services such as Uber, Didi  Chuxing and DoorDash attract more investors to invest in this area.

According to the pyramid, there are 280 unicorns at the bottom – unicorns which have value from 1-5 billion dollars. The sum of those are 461 billion dollars, as 43% of the total unicorns.

In 2019, the amount of capital flowing into technology startups in Vietnam accounts for 18% of all of Southeast Asia, while that of Singapore is 17%. However, as a whole, the remaining startups only raised US $ 670M, much less than in 2018 (nearly US $ 890M). This fact shows that the start-up race has entered the stage of refinement, many emerging industries have also led to the recession of many old and expensive businesses of investors.

In January 2019, Momo successfully raised funds  in the Series C 100 USD from Warburg Pincus funding. Momo is the first payment-app with more than 12 million users in Vietnam.

In January 2019, Lefair – an ecommerce site which sells boutiques, has called for $7 million in the Series B from GSShop and Belt Road Capital Management. This success has helped the company total investment round to 12M USD. However, they just announced to quit the Vietnam market on 2020.

In February 2019, Elsa has raised fund successfully $7M USD Series A from Gradient Ventures – the specialized fund for AI of Google. Now, the total investment for the company is $12M.

In March 2019, Tiki raised $75M from NorthStar Group and are the top 2 players in the e-commerce Vietnam market. Tiki is on its way to focus on increasing its service quality and user experiences.

In April 2019, Jio Health has raised $5M Series A from Monk’s Hill Venture.

In May 2019, Uber has failed since its first stock issues, which causes the loss of $6.5B.

In August 2019, Wework – the largest co-working space US-based, which has an unpredictable fate. Although Softbank has invested $10B in Wework, they have stopped working with each other.

In September 2019, Compass – a real-estate buy and sell start losing its direction, although Softbank has invested $450M and later fundraising $775M.

In November 2019, Softbank poured $500M into Fair – a car leasing company which is revolutionizing the car-as-a-service concept. However, Fair has failed and cut 40% of employees in the not “Fair” way.

This month, Lozi has also raised $10M+ from Smilegate Korea.

The world 2019 economic climate has significant slowdown, however Vietnam’s economy is growing.

Vietnam economic growth is projected to decrease in 2020